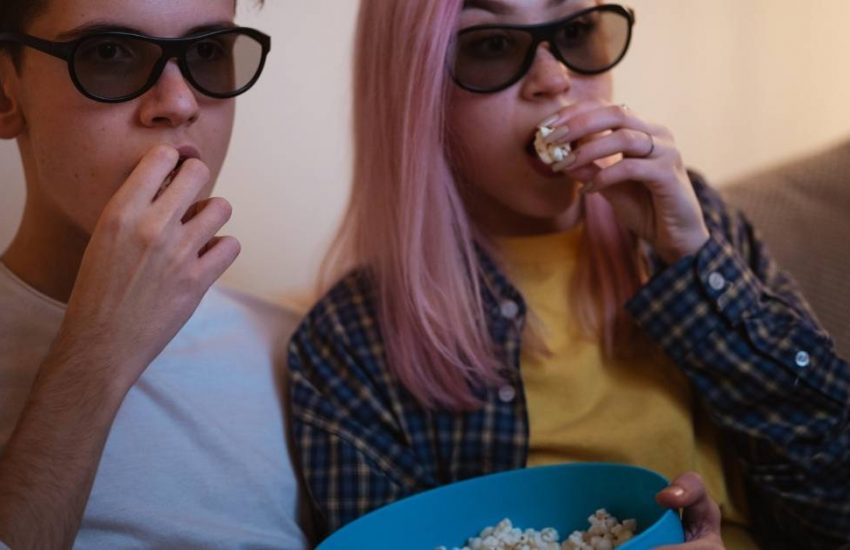 For a movie marathon day, you have certainly come to the right place. Let’s dive into the top teen movies that cannot go a miss. Even better when they are displayed on a flat-screen wall-mounted TV for a greater viewing experience! Click here for TV wall mounting services. Now, without further ado, let’s begin.

In the dystopian nation of Panem, two individuals, aged 12-18, from each of the twelve districts must compete in the annual and televised Hunger Games. When young Primrose Everdeen is selected from District 12, her older sister, Katniss, (Jennifer Lawrence) volunteers to take her place. The district’s male tribute, Peeta (Josh Hutcherson), and Katniss form a bond like no other, but complications arise in the game when only one of them can survive. Can they manipulate the rules? Or can they even survive in this publicised battle to the death? Check out the Hunger Games (and the rest of the popular trilogy) today as it is unquestionably one of the top teen movies that you can’t miss.

When a boisterous teen’s school soccer team is cut, she decides to go to extensive measures to continue her passion for kicking a ball. Viola, played by Amanda Bynes, decides to take her brother’s place at a new school he is deciding to avoid, but little does she know that several complications come with rebranding yourself as a guy! Especially when it involves falling in love with your teammate, who is also your roommate! When it’s Channing Tatum, can we really blame her? Packed with fun, mischief, and hilarious impersonations, She’s the Man is the perfect film for a night in with friends.

There are many films that you may not remember iconic quotes from, but this film certainly isn’t one! Jam-packed with iconic quotes, scenes, and characters, Mean Girls has got to be one of the top chick flicks of the century. When Cady Heron moves from South Africa to a busy, yet typical American High School, she struggles to fit in. However, after befriending outsiders Janis and Damian, she slowly begins to understand the dynamics of the school groups, including “The Plastics.” In a mission to befriend them, to take them down, to then become friends with them, Mean Girls is certainly not a plain sailing movie! Filled with the pinnacle of high school drama, it is nothing short of entertaining.

If you love the original Disney classic, Cinderella, you are bound to love the 2004 modernised take on the much-loved original. Uh, but things are slightly different, especially as ‘Cinderella’ is a high school student working in a rollerblade diner owned by her evil stepmother! Will a Halloween dance and a dropped cell phone later lead to prince charming learning who his online love affair really is? Starring Chad Michael Murray and Hilary Duff, this is for sure not a teen movie to be missed.

37-year-old Mike O’Donnell realises that his life has majorly gone downhill when his high school sweetheart and wife, Scarlet, wants to separate. That is until a whimsical force involving the school’s janitor takes him back to his 17-year-old self. Even better when that 17-year-old is Zac Efron! In an attempt to win his wife back, and watch over and guide his kids, he re-enrolls in high school with the help of his long-time friend, Ned. However, complications start to arise when his daughter takes an interest in him, and he befriends his son to get closer to his wife. Sounds complicated? Tune into one of the top teen movies from the early 2000s that will certainly not disappoint.

Starring Jamie Lee Curtis and Lindsay Lohan as a mother-daughter duo, who seemingly struggle to get along, their lives turn slightly freaky when a visit to a Chinese restaurant and a fortune cookie cause them to switch into each other’s bodies. They begin to fill their new roles and generate an understanding of one another better, and thank gosh for that, as they will only switch back into their own bodies when they begin to show love towards one another. For a favourable acting duo, and a crazy storyline, be sure to tune in today.

The Disney favourite Camp Rock stars none other than the popular Jonas Brothers and Demi Lovato, an iconic combination from the early 2000 Disney days if we do say so ourselves. The film takes place in a summer music camp, hence the name Camp Rock. However, Mitchie (played by Lovato) has only earned a place there due to her mother being the camp’s food caterer. She must keep her secret safe during her time within the camp however, it proves difficult when competing against other jealous girls who are trying to grab the attention of popular musician, Shane (Joe Jonas). Will Mitchie’s well sought-after voice allow her to break through and win over Shane?

What better way to round off the top teen movies list than another legendary Disney film, and we surely all know that title! High School Musical’s success developed into a further two films after the original featuring famous cast members including Zac Efron, Vanessa Hudgens, Ashley Tisdale, and Corbin Bleu, as well as several others. Centered around a passion for performing, this sing-along film displays the complications faced by two lovers and their newfound passion and determination to compete in their school’s musical. With outside forces getting in their way, will their performance and romantic connection withstand complications? If you are looking for a nostalgic blast from the past, this has certainly got to be your go-to movie.